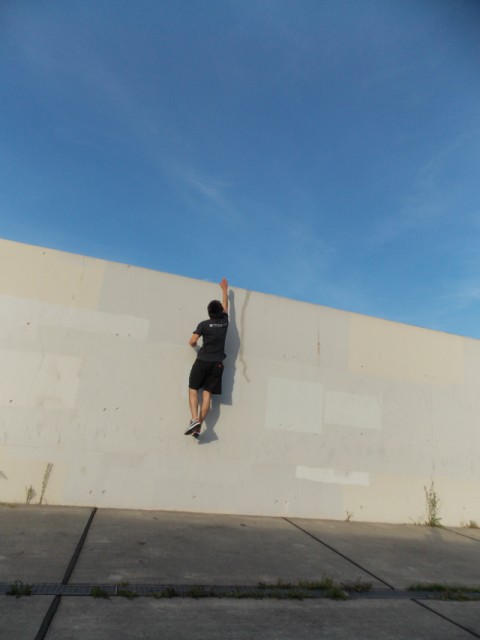 In case you don’t know who Andy Day aka Kiell is I can’t blame you. He’s a modest down-to-earth kind of guy not a celebrity on Instagram or something. Yet

in case you have seen some good parkour/freerunning photos in the past you probably looked at Andy Day’s work. I’m not even exaggerating!

I was delighted to find out that Andy has offered a parkour photography workshop right where I live in the little village of Berlin, Germany. Sometimes it has benefits to live in a big dirty city.

Who the fuck is Andy Day? 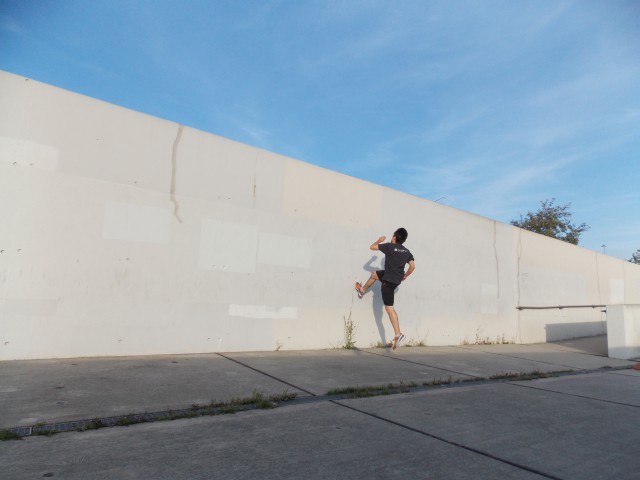 I’ve been sharing Andy’s work again and again over the years at my Pinterest board called “parkour moves“.

I credited him whenever possible but I suspect that some of the other images that weren’t tied to his name clearly enough were also shot by Andy.

To make the long story short: Andy Day is probably the most important parkour photographer out there. No kidding!

It’s not just because there aren’t really that many. It’s his

Be strong to be useful by photographing the even stronger people 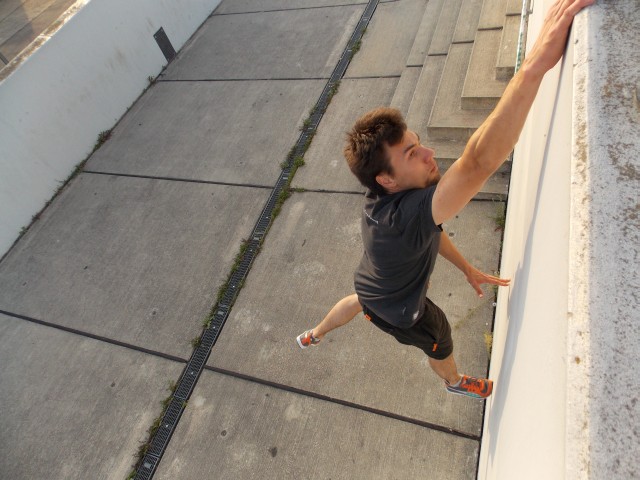 In recent years I considered some ways to “be strong to be useful” as the parkour saying goes.

As mentioned above there are not really that many good parkour photos out there. There are many great videos. No doubt.

Most practitioners have just a few of images it seems and I experienced the difficulty of getting pictured myself.

Ideally you have a photographer following your footsteps all the time like Jason of Team Farang has. It’s a special case though – it’s his girlfriend.

How to make parkour photos without becoming crazy 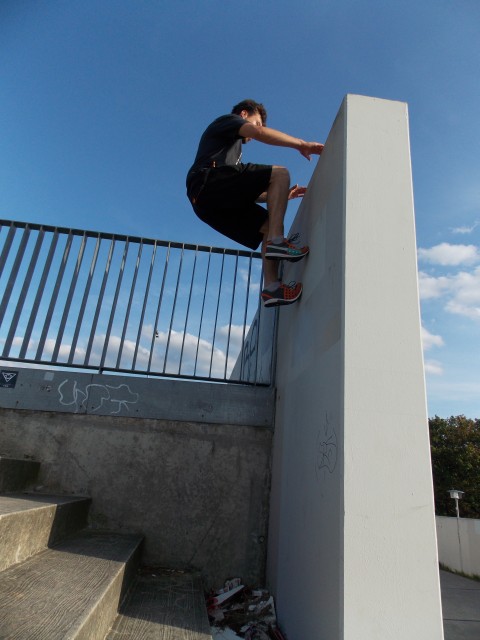 It’s really hard to get quality parkour photos. You have to make a lot of them. You need to repeat the same movement several times to get a good image.

You have to decide together with the parkour practitioner which shot to make and how. These are already some of the thing I learned during Andy’s workshop.

Even when you have a fast camera – at least a bridge camera is advised by Andy – you can’t guarantee to see the actual movement when you click to photograph.

Sometimes you just see the landing, sometimes you only have images of the preparation. You have to literally say “now” to the tracer and click at the perfect moment.

Yeah, that’s another insight I have from Andy. You might have known that but I didn’t. I thought that taking images when a person moves already is fine as well.

Andy did explain also some dirty tricks he uses when everything fails. For example sometimes you don’t have enough light or the person imaged has her/his won hand in the face.

What can you do then? Change the position for the hand. Edit in Photoshop for the light or look for a different perspective altogether.

It might be similar but with more light or even just lighter walls in the background. That’s why the spot in Berlin at the Velodrom was the ideal place to make photos.

They even remove the graffiti pretty quick there so that the walls were as clean as you can get in an urban environment like that.

My favorite technique is the “frame in a frame” technique where you take a geometrical figure – ideally a rectangle from the environment and try to frame the person pictured in it.

Can you spot that? I tried to use a frame in a frame on several occasions, some of which can be seen above or below. 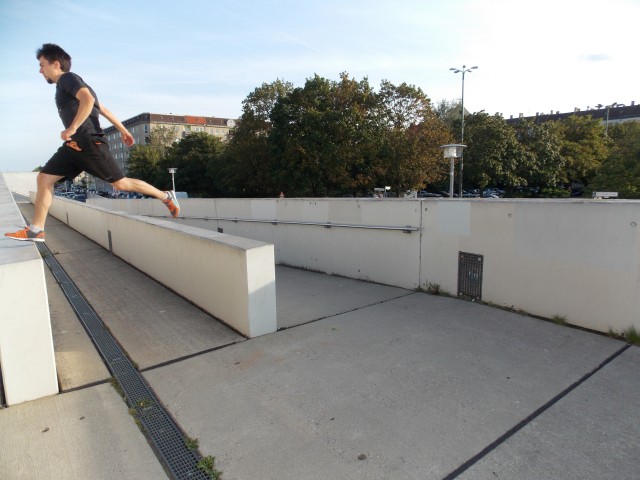 Just in case you wondered: the images above were not made by Andy Day himself.

They have been shot by me – Tadeusz Szewczyk or onreact. I just tried to copy Andy Day’s style!

You are free to use the images when you credit me as the photographer.

The traceur pictured is Nico of Parkour One from Berlin. He’s an amazing guy.

Even though I was quite a bit taller than him he was able to jump a lot higher with almost no effort. Kudos! 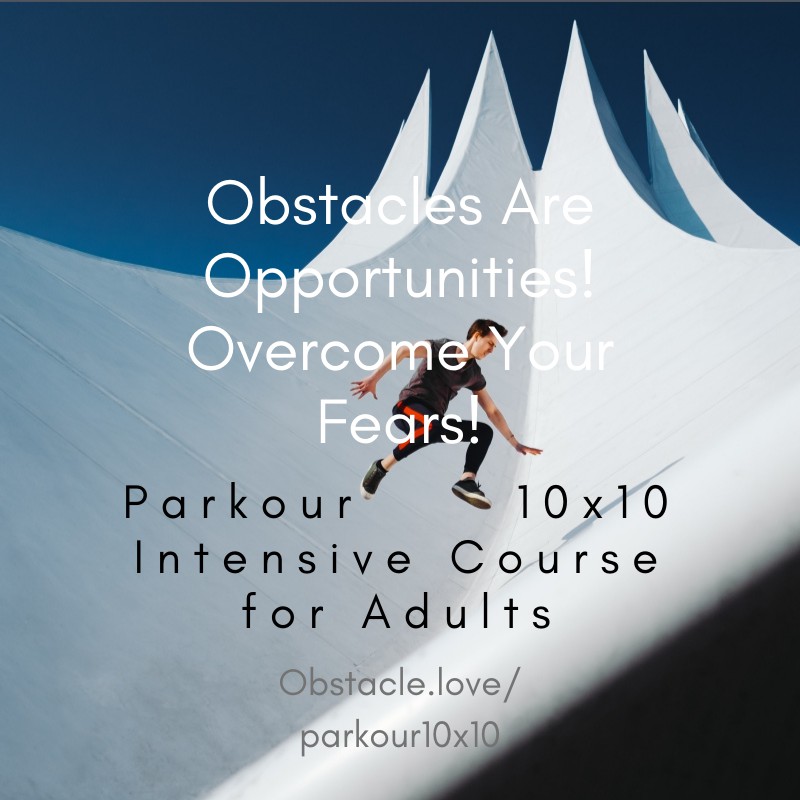 ← Moving Meditation for Westerners
Is Parkour Dangerous or Good for Your Health? →